Growing up there were two songs that I have never forgotten. The first, ‘there ain’t no black in the union jack’ and the second ‘brown girl in the ring’. The latter reminds me being encircled by smiling faces as I danced around. The first brings about memories of the hate and resentment I faced for not being ‘White’. Despite the different contexts in which both songs were tunefully delivered, both highlight the same thing: The colour of my skin was the defining factor of who I was. 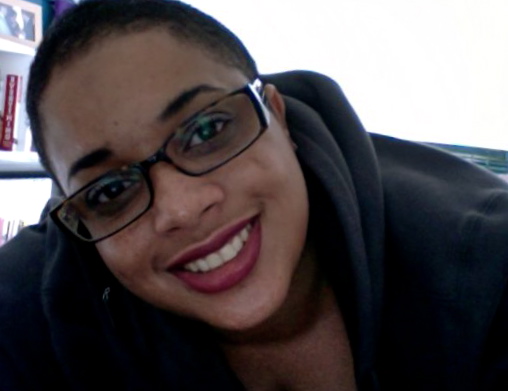 I am now 32 years old and whilst the days of racist chants may not be as frequent, the battle is the same. I have to challenge the words used to describe physical attributes that promote stereotypes and racial animosity.  At the age of 14 I found myself within a care system that focused on needs constructed around policy categorisations that define a person by the colour of their skin and not as Martin Luther King said by the “content of their character”. Paperwork described me as, ‘Mixed–race, British, Jewish, female. Mother White UK, Father West Indian’. This series of labels used to identify and categorise me became restrictions as all that was seen was my colour and not my individuality. The result of these experiences was to reject myself (Although, some will tell me I rejected being Black and wished to be White – which is not my experience). It has been 16 years since I was within the care system, yet this process of identification and the associated assessment of need appears to be just as prevalent today. Last year, during my Social Work training, I was placed in a Local Authority fostering team. There, I witnessed a spreadsheet culture where information such as ethnicity, sex and age took precedence over any other sources of information when foster placements and children were matched. Information about a child’s social identity characteristics was formulated into tables and gave no indication of their personality, their likes or dislikes. The approach witnessed replicated the consensus of thought within the department where I was placed. Since that time the Children’s Minister Tim Loughton has publically stated that ‘ethnicity should not be a barrier to a home’. Whilst this appears to be seen as a victory for those who believe ethnicity needs can be met regardless of the ethnic differences of the carers or adopters, I am still frustrated by the limited consultation of the children whose lives such debates affect.

While undertaking my social work training I completed research into the experiences of Mixed Heritage children in the looked after system and found that their perspectives were noticeably under represented. Despite this, politicians and practitioners are again making assumptions instead of learning from the experiences of those who have lived through the historical context of such decisions. A history highlighted by Macey (2006), whereby same ‘race’ placements were preferred to transracial placements. In my opinion these arguments increase the difficulty of self-identity negotiation in any form. Either the individual or group is not adequately listened to or they are negatively labeled with a problem. Surely this is wrong and is a core value of any form of anti-oppressive practice?

Since completing my Social Work degree I decided to apply for a studentship and used the areas I mention in this writing as the premise for my research proposal. As a result I am now undertaking social research training at the University of Birmingham. My intended research will be to focus on the views of Mixed Heritage people and for the findings to advance a limited knowledge base. At Birmingham I have learnt the importance of being humble in research and holding the integrity of truth as a high value (Wright – Mills, 1959). Therefore, I am not wishing to merely find the answers to my opinions. I want to find out the experiences of Mixed Heritage people who have or are still, having to negotiate their identities against a backdrop of historical racial ideology that dictates how and who they should be.

Oh yes and once last thing, just for the record. My name is Sarah Kate Bennett and I was born in London. I love Tracey Chapman, Tina Turner, Gershwin, musicals, reading, Mexican food, documentaries, dancing, swimming, playing acoustic guitar and want to visit Israel and Africa. My mother is an East End Jew and my father is Jamaican and in case you didn’t know, I am Mixed Heritage and proud!

Published by PIH Newsletter Spring 2012. The Newsletter is published for members and you can receive regular copies by taking out a membership subscription.  Click here for further information.