My husband, Ossie, and I met forty years ago on 21st July 1972. Our forty-year journey, however, didn't get off to an easy start!

Our decision to marry was met with opposition from our parents. Ossie is black, Jamaican-born, and I am a white Englishwoman. With little means of our own to start life together we eventually drifted apart and went our separate ways. Ossie moved to Canada in February 1974 to live with his uncle. I launched myself into a nursing career. Within a month of his arrival in Toronto, I received a letter from Ossie telling me he was missing me and that he still wanted to marry me. I wrote back saying I still felt the same, too.  Our letters bridged the miles that stretched between us and on a sunny June morning, later that year, a registered letter was delivered to the ward where I was working. The letter carried a diamond engagement ring, wrapped in red velvet.  I will always cherish the precious words of his letter: You are my whole life . . .

In early autumn Ossie flew back to England and we were married four days before Christmas, that year, in the village church where I had grown up. Ossie's speech at our Caribbean-style reception consisted of few words, despite his plan to deliver a lengthy oration.  Those words meant the world to me as he raised his hands and, overcome with emotion, exclaimed, "I'm so happy!"

Our parents gradually accepted our marriage.  I gave up nursing and we raised a family of four children, two boys and two girls, all grown up now and living their own lives.  As a mixed race family we have experienced prejudice in its many forms and guises — at times blatantly overt, at other times snidely subtle. More importantly our love has endured, growing stronger with every passing year. 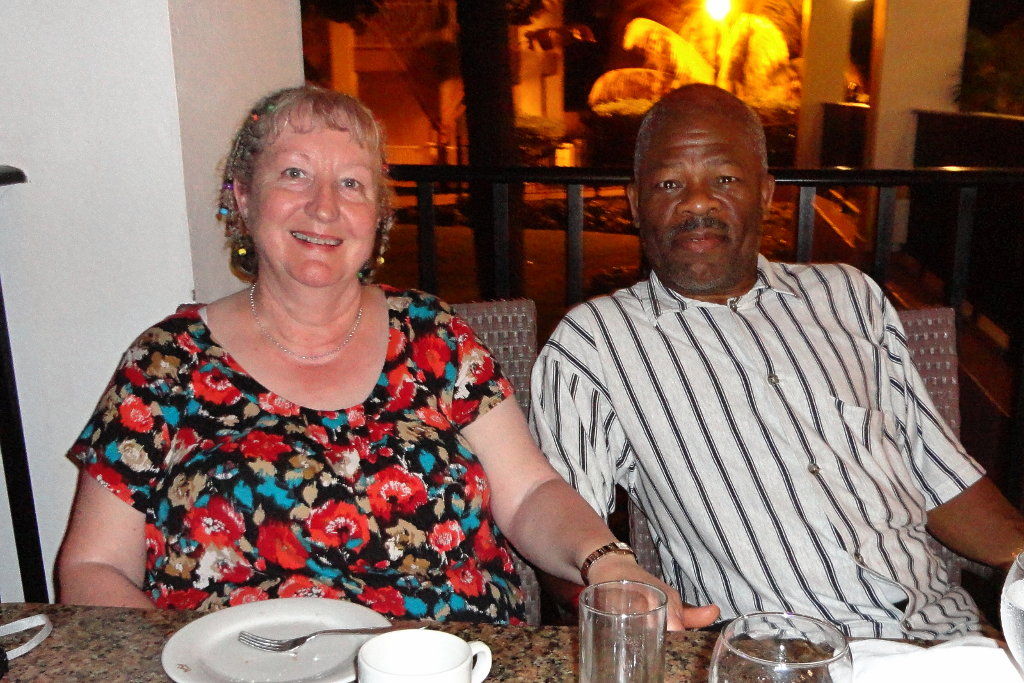 We were privileged to celebrate our landmark anniversary in Jamaica, Ossie's birthplace.  We look forward to the even more prestigious occasion of our Ruby wedding anniversary in a couple of years' time.