I was born in Zimbabwe in 1997 to my parents Jörg and Janet.  My father, who is Swiss, worked in a missionary hospital in Zimbabwe as a doctor and that is where he met my mother, a Zimbabwean nurse.

After the political situation in Zimbabwe became more heated and unstable, we moved to Switzerland, where we lived for six years in a village in the mountains. After an unfortunate racially loaded attack against our family, my mother especially felt she could not stay, which is why we moved to South Africa. We lived on the East Coast in the province of KwaZulu-Natal, a very beautiful place. That is where I completed my schooling. I enjoyed the cultural diversity there and it was lovely that our school was a mixed school, which meant racial diversity. It was also very accepting of all belief systems, although it was a Christian school. While I was in school we were asked to formulate a question and conduct research on it. As an interracial young woman in the circumstances I was in, I decided that my question would be: “How does the Post-Apartheid Generation feel about Mixed Marriage/Interracial relationships?” 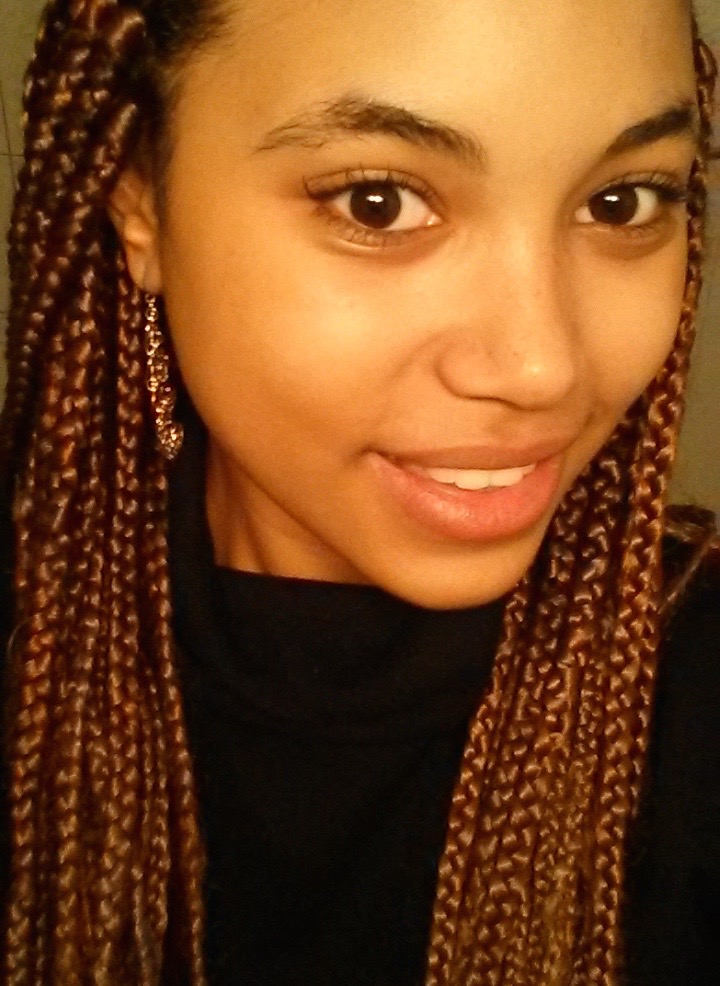 I sent out surveys in my school asking questions ranging from: "Do your parents specifically tell you not to be in a relationship with a person of a different race?" to “ Do you think mixed marriage is wrong?” and I received extremely thought-provoking answers. My surveys were all anonymous, to give the participants the feeling that they could be honest. I had quite a large sample group of over a hundred people, and for a few days the school was buzzing, everyone wanting to know the answers to the surveys. It was an extremely interesting experience for me and I loved every bit of my project and analysis of answers.It felt like a revolutionary step, because race was a tender subject at my school and is in most of South Africa, so it was like lifting up a rug and cleaning out the dust that had been swept underneath it for so many years.

I formulated the question for my research* because of my personal background. My parents are of two different and very opposite race groups and cultural backgrounds, my father being a white European (from Switzerland) and my mother being a black African lady (from Zimbabwe). Coming to South Africa as the product of an interracial couple and with interracial parents, was quite interesting to say the least. My parents get very different reactions when they go out together; some people stare in bewilderment, others with curiosity and others narrow their eyes in disapproval.

Although I have learnt not to pay attention to such reactions I did find myself asking if it is only the older generation who have lived through Apartheid and have been raised in a certain way according to their time, who feel opposed to interracial marriage, or if the perceptions of interracial couples have changed with the post-apartheid generation. I have always asked myself what the people in my school think of such marriages, and if their parents are influencing their opinions. I wanted to know if South Africa has made advancements in terms of racial integration and if this has led to a more open-minded generation of young people, which is why I chose this topic for my research project. I conducted mixed research; secondary research in the form of a literature review and primary research in the form of a survey.

Now, after 8 years in South Africa, we are back in Switzerland, which has changed dramatically since we last lived here. That goes for racial diversity, cultural diversity, as well as the general acceptance of interracial relationships, which are everywhere.

*Michel, N 2016 "Is the post-apartheid generation of South African children aged 14-17 accepting of mixed marriages, or have their parents or other outside influences successfully kept the message alive that mixed race marriages are wrong?"