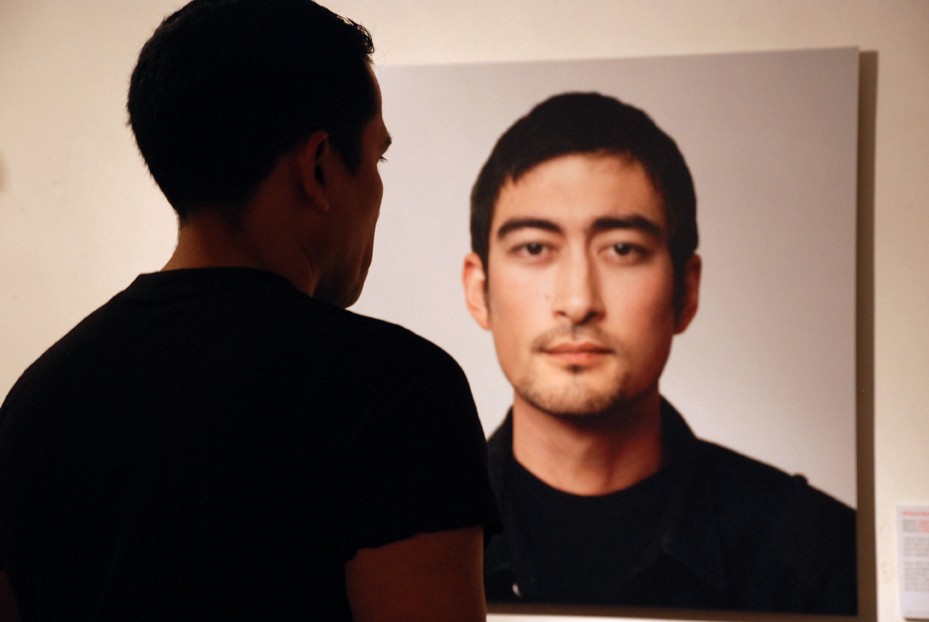 photographer Natalie Maya Willer in collaboration with writer and researcher Marcia Yumi Lise who carried out the interviews.

Natalie’s “Hafu/ Half Japanese” photographic series features half Japanese people and not only looks at their outer visual appearance but also speaks about their experiences of being ‘Hafu’ and how they view themselves/ others view them in respect to their cultural heritage and identity.

‘Hafu’ in the Japanese language describes somebody who is of half-Japanese descent. The word ‘Hafu’ comes from the English word “half” indicating half foreign-ness. The series features half British, half German, half Moroccan Japanese and others who all look different but at the same time carry similar facial features. 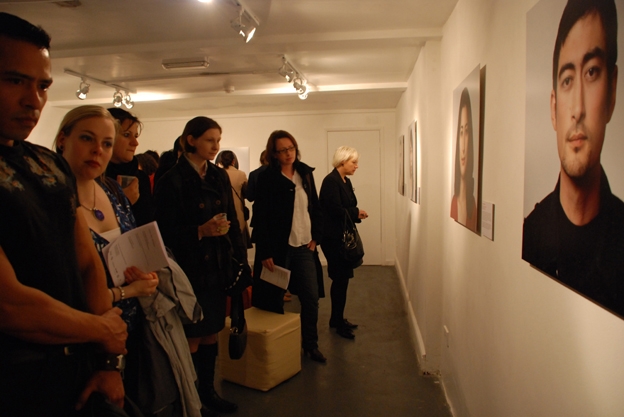 Marcia’s in-depth interviews of these half Japanese people, commonly referred to as the ‘Hafus’ in Japan, reveal the complex nature of their experiences. It is often a result of various factors ranging from appearance, family relationships and education, to issues surrounding identity in our racially designated world. The stories of these nine ‘Hafus’ provide a rich account of their lives and let us explore the ways in which they construct their identities and establish a sense of belonging whilst being in between different cultures. The exhibition allows ‘Hafus’ to recognise their individual diversity and to define their own ethnic territory and identity. Marcia also provides well researched historical and cultural background information to Natalie’s work and therefore the context for a broader debate and discussion on issues surrounding mixed cultural identities.

The accompanying short film “Taeko & Hermann” is a personal account of Natalie’s parents’ marriage and deals with issues arising in intercultural relationships. Upcoming music producer and DJ Maya Jane Cole (another half Japanese friend) has composed the soundtrack to the video.

The exhibition is accompanied by talks relating to the half Japanese theme. These will include Marcia’s talk on race and ethnicity as well as the history of ‘Hafus’ in Japan and Natalie’s talk on the history of photography, visual anthropology and cultural theory. Other guest speakers include Eliya Evanof from the London School of Economics who will explore how ‘Hafus’ utilise cultural resources to construct their identities and Dr Darren Aoki, Lecturer in Japanese Cultural Studies School of Languages Linguistics and Culture Birkbeck University of London (content of talk tbc).

We will also host a programme of other events such as interactive participatory family workshops for half Japanese children and their parents with fun Japanese cultural activities (e.g. origami and kamishibai). The artwork created on those days will be pinned up and will form part of the exhibition. There will also be a networking opportunity for young half Japanese people like a ‘Hafu’ night at the Bodhi Bar. This will give young ‘Hafus’ an opportunity to get together and informally meet other ‘Hafus’ and exchange their experiences.

The exhibition with its programme of events and talks will give people from a mixed cultural background the opportunity to meet and share with like-minded people from similar backgrounds and create a cultural dialogue to a very current theme with complex issues relating to mixed ethnic identity and sense of belonging.

Dates on talks and events to be confirmed.