A national conference from People in Harmony, an organisation which has been working with and for mixed race people and families since 1972. The conference report can be downloaded here 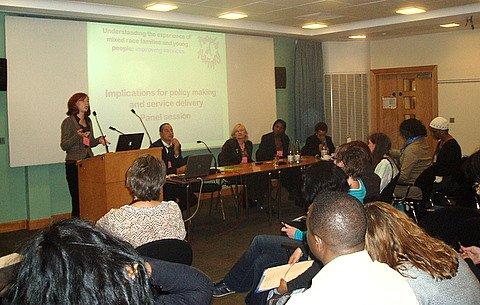 Since the inclusion of a 'mixed race option' in the UK census, more has come to be known about this population. While 'mixed' is a broad definition, the numbers who identify with the term appear to be increasing. Despite this, services have generally been slow to adopt a realistic view of mixed race people and families.

This conference aimed to provide delegates with the opportunity to:

The practical focus of this conference was strengthened by smaller study groups, facilitated by practitioners who actually work with mixed race people.