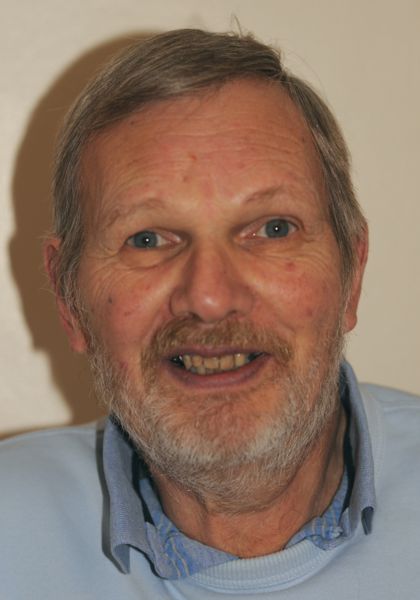 not only in the national Census, but in all kinds of government, medical or administrative forms? (Even when this information appears to have little or nothing to do with the main subject of the form – the last one I met was when applying for a parking badge!).

Do you think you can give a true picture of yourself by ticking just one box, on questions that are not really “ethnic” questions at all? It seems that the word “ethnic” is being used, wrongly, as a politically correct way of avoiding mention of the word “race” which is based purely on skin colour and/or geographical region.  This idea of “race” only arose about 300 years ago, at the growth of the trade in African slaves, its main purpose being to justify this slavery to a white population who were starting to talk about the Freedom of Man (but only for the superior race!). Calling it “ethnic” does not change this (and what do we then say when we really do mean “ethnic” in its true sense?)

For the previous tens of thousands of years and more – most of human history – people could obviously see skin-colour as one of many aspects of a person's description, but did not tend to have an idea of “races” like we do today. Why should they? In those times they also had no idea of political correctness and could be nasty to each other, but they were practical. Judging someone by their colour would not have made sense – your worst enemy could very likely be the same colour as you. The important thing would be to quickly know someone's intentions toward you – friend or enemy. You would need to observe their behaviour and actions, not their skin tone.

The ancient peoples such as the Egyptians, Greeks and Romans had the correct idea of what is meant by “ethnic” (which comes from the Greek “ethnos” for nation). They thought of themselves and others in mainly terms of language, customs and culture, and in particular loyalty to the tribe or nation. It is difficult to imagine that they would have made any sense of our so-called “ethnic monitoring” forms. They might well have asked, as I do now, why does it only ask trivial questions about what colour my skin is or the region my ancestors came from? Why does it ignore the most important question of all: who are your  people?

This question is the key to what is meant by ethnicity. “Your people” consists of all those you have some relationship with, and with whom you share a language and at least some common interests, customs or cultural values and ways of thinking – most importantly, loyalty to a group identity, or a feeling of belonging with those people. It is not necessary that all members have the same race / skin-colour – they will only if their ancestors were all born in the same region – but it is not the main thing that holds the group together. There are multi-racial ethnic groups, and conversely, endless examples of groups who happen to share the same colour skin but are very different ethnically.

This is not just modern idealism, but ancient reality – which is why history can teach us so much about ourselves. It is also natural common sense – something children often show more of than adults. As a teacher in two Inner London schools in the 1970's, both with around 50% black and 50% white students, I was fascinated to see small groups forming of black and white students who seemed to have found common interests stronger than the general background of social divisions. They lived in the same environment, their lives were affected by the same issues, and they were going round together doing the same things, dancing to the same music, and speaking the same English language with the same slang and the same London accent.

In other words, all the main factors defining an ethnic group, though they would probably continue to be classified officially as “multi-ethnic” or “multi-cultural”,  wrongly,  since they are doing the exact opposite. The only “multi” involved is in their physical appearance. But what they are doing is no different from what humans have done for thousands of years – evolving a common culture.

There is no means on the forms to record the cultural and ethnic changes in people regarded as single-race by birth (by having both parents the same colour, e.g. Black or White – there is no such thing as “pure” race!), but who are already accustomed to mixing and living together socially, sometimes growing up together. If they get together as racially mixed couples, they will of course face the usual mundane problems like paying bills, but few newsworthy dramas relating to race and identity. Logically, they should be associated with the “Mixed” category along with their partners and the mixed-race children that they will tend to produce.

On the other hand, there are the couples where the partners and their parents' families are of very different and possibly hostile ethnic groups, often (but not necessarily) of different race, and where there has been little or no previous contact – the classic “Romeo and Juliet” situation, immortalized by Shakespeare but also happening long before and long after his version. This is where the dramas and tales of woe seem to occur: the racist in-laws, trying to break up the marriage, rejecting their grandchildren, the identity problems, etc. This group has higher visibility than the previous one, but are there more of them?

All the categories of people mentioned above are likely to be an important influence on the future population of the UK,  yet now they are effectively unrepresented. How can we know how many there are? How can informed decisions can be reached in matters which affect not only them but all of us, such as educational policies, provision of services, family support and the hot topic of child adoption?

I would argue that the present “ethnic monitoring” form is simply not fit for purpose – and can even be insulting. I belong to a large and varied mixed-race family. The only way I can fill in the form truly is to tick at least 5 of the boxes for all those who I include in “my people”. You are not supposed to do that, but my attitude is that if it says “ethnic” in the title it should mean that, not just what colour you are.

Maybe there are others who find the same problem. Maybe we could all suggest that those responsible for these “ethnic monitoring” systems should re-design them to allow multiple choices on a “tick all that apply to you” basis, plus a generous space to use your own words – but only after they have taken two lessons which,  judging by their current systems, they are in urgent need of:

1)   an English language lesson to understand the correct use of the words Race, Ethnicity and Culture (and their Multi- compounds). Having learnt this, they should then be urged to give a brief explanation of these words on the forms, as some of the public may also be confused after seeing the words misused so often. This tends to perpetuate the false idea that peoples' culture / ethnicity is the same thing as their colour.

2)   a History lesson giving a quick general outline (starting say 6000 years ago up to the present day) especially of the ways in which humans have interacted with each other, and developed cultures, ethnic groups and civilizations.

Finally, brief summary definitions of the words in question:

Race: arbitrary classification of the colour / features you get from your parents. Fixed at birth.

Culture: the result of a learning process, upbringing, education. Not fixed at birth.

Ethnicity: belonging to a people(s), having a certain culture/language. Not fixed at birth.

The last two are not necessarily related to a particular race.  They are influenced by personal choices and can change during life. Above all, remember that YOU decide what your ethnicity is. Even if it may not fit an official form or how other people perceive you, it is yours. Be firm about this – as we should educate and guide our children to be.

References: some interesting websites illustrating the points made: