Following on from discussions at our AGM 2008 where it was decided that we would invite mixed race groups to collaborate with us and produce a Joint Statement setting out objectives to provide a stronger and more representative voice for members, a meeting with the Children's Commission was arranged for 31st March 2009. Established in 2004 the Children's Commission, led by Sir Al Aynsley-Green, ensures that adults in charge listen to the views of 11 million children across England. We sought to influence the public agenda to ensure that the voices of the mixed race population are heard and our needs are met. 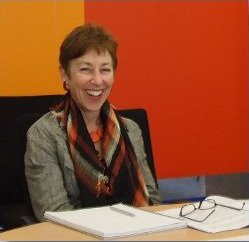 Our preparations were good – initial contact was made by email and we were invited to attend a meeting with Sue Berelowitz, the Deputy Children's Commissioner. A letter outlining who we are and a joint statement about our aims was sent to the Commission and six members were able to attend.

Sue outlined the remit of the Commission and its area of substantial work. They plan to focus on the media representation of children and work with the youth justice service to address young people's experience of re-offending and strip searching. The Commission is also involved in supporting young people through the complaints system via schools, local authorities and in community mental health teams. Children asylum seekers is another main focus of their attention.

The Commission has been very active in the field of mental health and have worked with YoungMinds (mental health voluntary organisation) regarding patient compliance. These findings are to be pursued by the Department of Health and the Primary Care Trusts.

The current Director, Sir Al Aynsley-Green is particularly keen on developing a project on effects of bereavement upon children and we were able to influence Sue's thinking to include mixed race children and particular cultural effects of the loss of a family member.

As a PIH team we all had different contributions from our areas of experience and expertise ranging from academic research to frontline working with children, families and professionals. Sue was very attentive and interested in the work of PIH and admitted that she had very little knowledge of mixed race issues. Sue suggested a few ideas about future participation and collaboration which included mixed race children being represented on the National Advisory Council for Children in Mental Health. She also mentioned our involvement in the young peoples reference group for children as well as representation in the bereavement project.

Although the Children's Commission do not provide sponsorship, Sue was happy to speak at any of our events and they may support our forthcoming conference with their logo on our publicity.

This is our first attempt at lobbying and Sue was generous in her advice about who else to contact. Having done a lot of groundwork and preparation with background information, annual reports, joint statements and letters, PIH is in a good position to develop further conversations with public bodies about the mixed race experience.

Our particular thanks to Val Hoskins for all her efforts on the preparation of papers, to Dinah Morley for her initiative and energy, Jill Olumide who travelled from Swansea for the meeting, Bradley Lincoln for his support, Mel Gabbi for her contributions and Savita Ayling, BME lead with CAHMS for her input at the meeting.

The Joint Statement can be downloaded here.        Contact us here