Momma’s Many Hats is by the same American author, Johanna Clark, as The Magic Backpack. In this book Johanna Clark is addressing issues of grief and loss, and in this case the main character is Yin Yin, whose mother is a New York City Fire Fighter. The dedication at the beginning of the book is to Rudy Giuliani and to the firefighters and policemen of September 11. 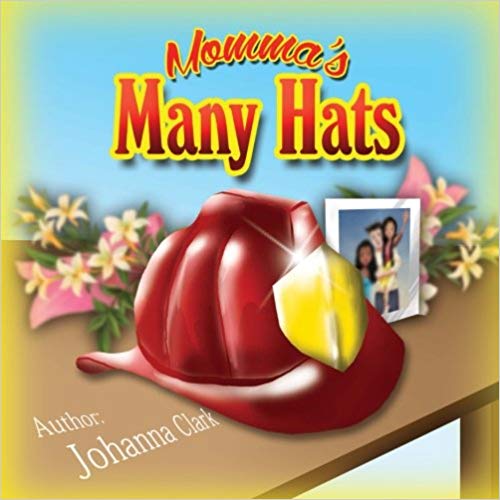 The book begins with Yin Yin talking about the things she and her mother do together but it then transpires that she is dreaming and her mother has died in the terrorist attack on the Twin Towers in New York. She and her father go to the memorial service where they are presented with her mother’s fire fighters’ hat.

The book is written in rhyming verse with rather dream-like illustrations of the family who are of mixed ethnicity. It deals well with her confusion and memories of her mother and her mother’s presence, which continues following her death. It ends with her having a vision of her mother in heaven smiling down on her and her father.

The book is accompanied by a workbook which is a nice colouring book/journal, which has pictures from the main book to be coloured in, and poses questions opposite each picture, such as “Write about special memories”, “Write about how you feel when bad things happen” “Write about how you can be happy in spite of tragedy”.

The book and accompanying journal could be helpful for children suffering the loss of a parent but it is likely to have much more resonance in the USA where the twin towers tragedy is part of the common culture. British primary school children, who are, I think, the age the book is aimed at, are unlikely to understand the significance of the event at the heart of the story.