‘Co-existence through calypsos and Cockney cabaret’: the inter-racial movement and dutiful citizenship 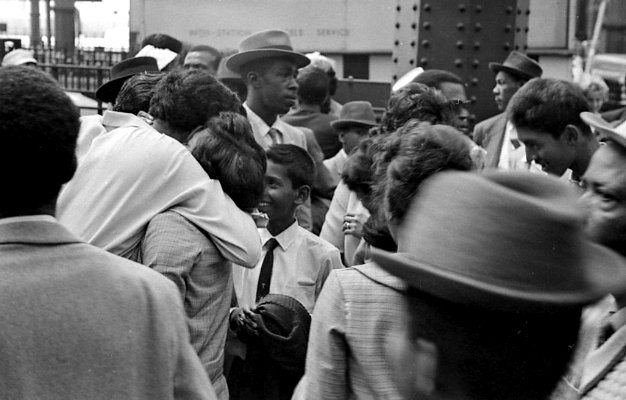 On a Friday evening in early February 1955, three hundred and sixty Brixtonians assembled at Lambeth Town Hall on Acre Lane. Half those present were West Indians, the other half were ‘natives of Lambeth’. They came to dance together.

Despite some initial hesitation on both sides, after a run of mambas, salsas, and rhumbas, followed by a quick fox trot, the Lambeth Walk, and a rendition of ‘Knees Up Mother Brown’, it seems that inhibitions lowered. ‘Coloured guests piloted the wives of councillors to the floor’, reported the South London Press. Leon Goldrich, a local salesman, engaged a young West Indian nurse in a ‘vigorous jive session’.[1] Pathé newsreel captured the evening, and played footage of it at the local cinemas, the ABC, the Regal, and the Brixton Palladium.[2]